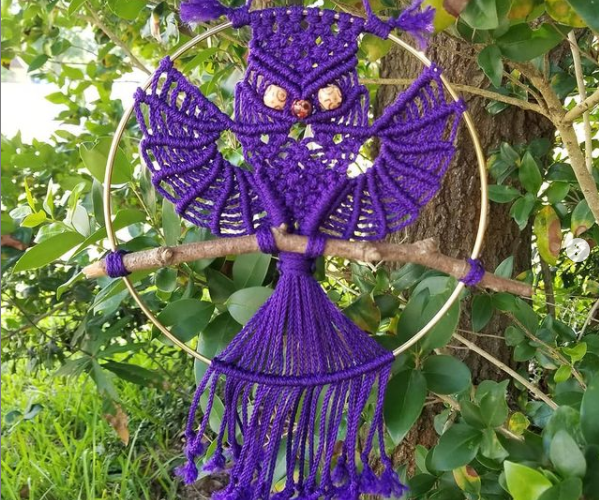 Free shipping on all Etsy orders

Macramé is a form of textile produced using knotting (rather than weaving or knitting) techniques.

The primary knots of macramé are the square (or reef knot) and forms of “hitching”: various combinations of half hitches. It was long crafted by sailors, especially in elaborate or ornamental knotting forms, to cover anything from knife handles to bottles to parts of ships.

Materials used in macramé may include cords made of cotton twine, linen, hemp, jute or yarn. Jewelry is often made with a combination of both knots and various beads (of glass, wood, or gemstones), pendants or shells. Sometimes ‘found’ focal points are used for necklaces, such as rings or gemstones, either wire-wrapped to allow for securing or captured in a net-like array of intertwining overhand knots.

For larger decorative pieces, such as wall hangings or window coverings, a work of macramé might be started out on a wooden or metal dowel, allowing for a spread of dozens of cords that are easy to manipulate. For smaller projects, push-pin boards are available specifically for macramé, although a simple corkboard will work adequately.